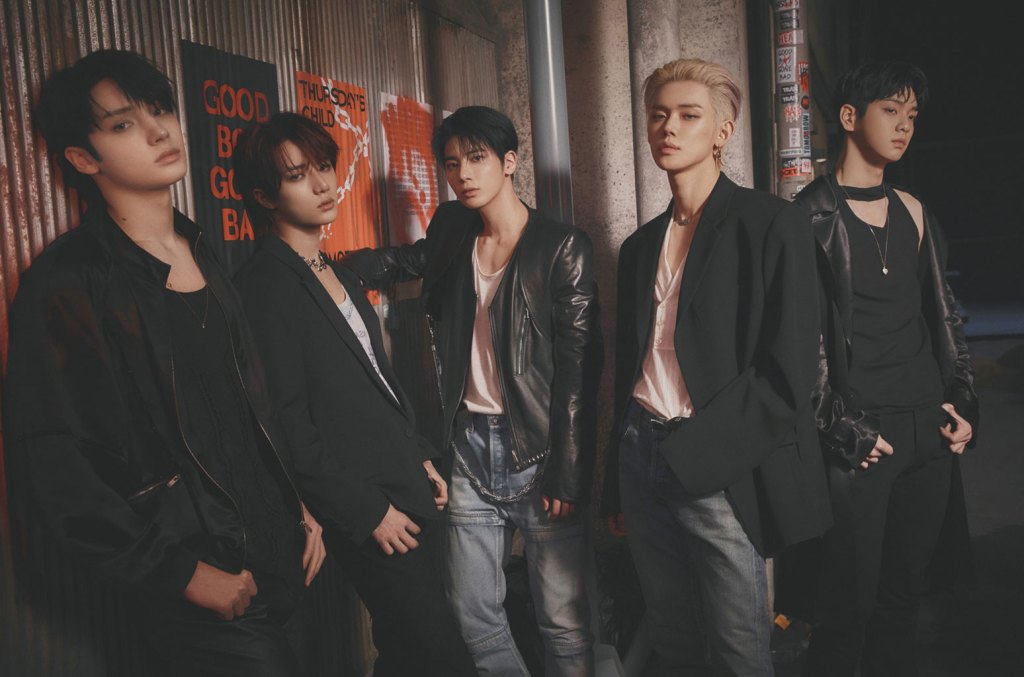 TOMORROW X TOGETHER and Iann Dior unite K-pop and emo rap in their new collaboration, “Valley of Lies”. The K-pop stars and the rapper officially released the track on Friday, July 22, which sees the couple struggling to find meaning in life after a rocky breakup.

The track arrived with an official visualizer to accompany it, which features an animated figure with blonde hair, a gray t-shirt and black jeans walking through various weather situations, including a sunny park and mountains reminiscent of the Grand Canyon. . After a period of darkness, the character ascends to the clouds and sees shooting stars before descending back to Earth.

“I’m walking through the valley of lies/ I see a coffin, perfect for my size/ They don’t open, I have a silky spot in my eyes/ I’m in pain and lost my heart in the heaven,” Yeonjun, who wrote the track in collaboration with Dior, sings on the track’s chorus.

Dior follows shortly after Yeonjun’s solo chorus, with the help of Soobin, and sings: “On, and on, and on (Et on)/ Keep fight, Armageddon/ Now things get rough/ I never thought you’d be a lesson / Go ahead, you go, you go / How come I never see you? / I’m really about to give up / I hate this feeling Beomgyu, Taehyun and Huening Kai later join Dior on the song’s final post-chorus.

“Valley of Lies” comes after the May release of TXT’s recent mini album, Minisode 2: Thursday’s Child. The EP went to No. 1 on Billboard’s Top Selling Albums chart and No. 4 on the Billboard 200. On July 31, the band will join J-Hope for their headlining show at Lollapalooza. Dior, meanwhile, released their new solo single, “I Find It Hard,” two days before July 20.

Watch the visualizer for “Valley of Lies” below.

Alessandro Ristori and the Portofinos are on the rise – WWD