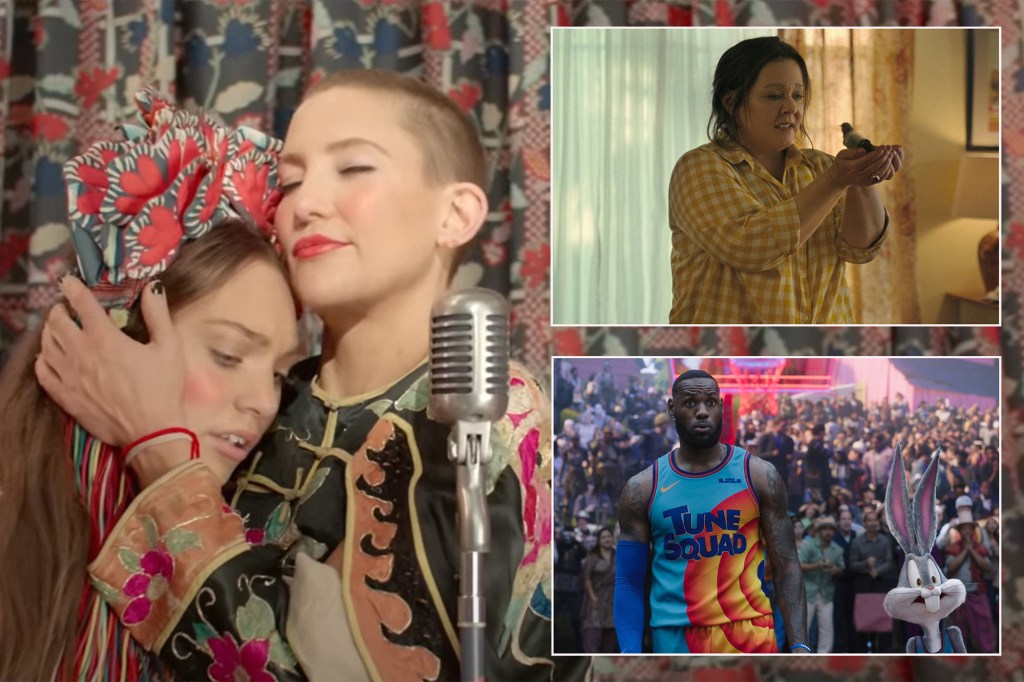 Of course, being a movie critic seems like an amazing job. But that’s because you don’t have to see more than 100 movies that suck every year. From Sia to Gaga, here are the five worst movies of 2021.

What is this Madonna saying? “Music makes people leave together”? Australian singer Sia’s impossible-to-watch directorial debut (and possibly her final hello) is offensive to people with autism, tasteful, or both. Its main character, named Music (reliving this is incredibly painful), imagines her life as a series of coked and hot pink music videos that you pray for end. Kate Hudson shaved her head to play Music’s big sister, and Leslie Odom Jr. violently holds the little girl to the ground to keep her from screaming. “I’m crushing you with my love!” he says. Critics, meanwhile, have crushed “Music” with our reviews.

If Lady Gaga gives another fake interview about how her preparation to play Patrizia Reggiani – the ex-wife of fashion mogul Maurizio Gucci who paid to have him killed – caused her excruciating pain, I’ll throw my TV away. in the alley. The appalling film is longer than its character’s eyelashes and was directed by Ridley Scott to be neither a camp nor a true serious crime. Jared Leto’s acting is as Italian as a Tombstone pizza.

Why call it “Avengers: Endless” or “Infinity Bore” when the movie describes itself so perfectly – Eternal. Angelina Jolie has an almost British accent as one of 10 forgettable Marvel Heroes who can barely move their face. It had Oscar-winning director Chloe Zhao at the helm and a beguiling premise – an age-old collective of superb people protecting the Earth. But it turned out to be one of the worst MCU movies of all time.

1996’s “Space Jam”, starring Michael Jordan, was an event, but not a good movie. So naturally they made a sequel 25 years later. Asking who’s better in the lead, Jordan or new star LeBron James, is a bit like saying, “What’s more delicious: kale or spinach?” Still, James is significantly worse in a role that has required him to just be himself in front of a green screen for probably about a week. The film, starring the Looney Tunes, is little more than a product placement for Warner Bros.

I should start calling it the Melissa McCarthy Awards. She never fails to make the cut! The formidably talented comedic actress has done yet another piece of roadkill, this time about a woman trying to get her life and marriage back after the death of her child. Nice idea, horrible execution. You almost admire the skill it takes to make such a muffled, poorly written film.