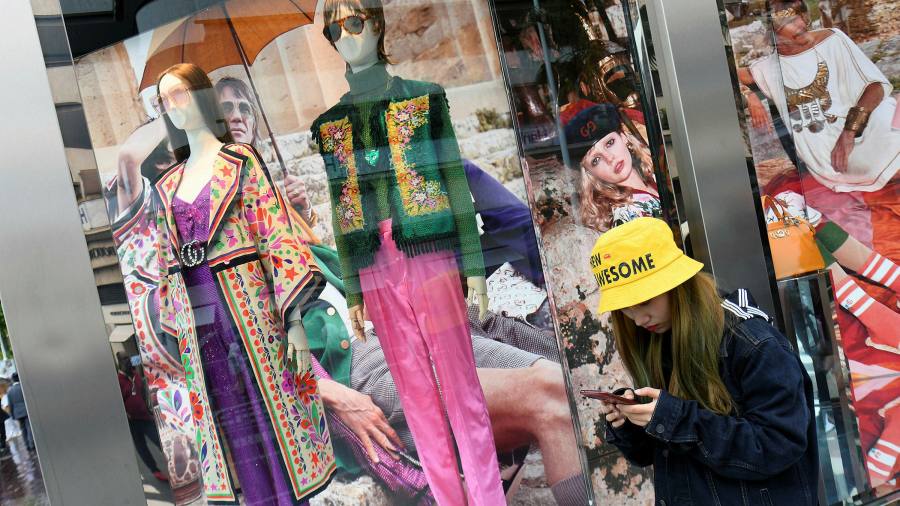 The COP26 climate change conference in Glasgow is less than a month away and invitations are already piling up asking us to contemplate our carbon footprint around cocktails and canapes.

At the Victoria and Albert Museum in London next week, Oleg Deripaska’s aluminum group En + will host a corporate party to show off its’ immersion, low carbon aluminum pavilionWhich “illustrates the strength and durability of aluminum as a material”. Across the street at the Natural History Museum, automaker BMW is hosting a networking and beverage event that will be interrupted by a panel discussion to “explore how the industry can evolve and join forces to accelerate the way towards decarbonization â€.

Other organizations have digitized their outreach strategies. House of Goals, a talk shop owned by the Freuds advertising agency which uses Soho House’s network of member clubs, has organized a pre-COP26 itinerary of virtual and hybrid events in preparation for its Glasgow residency in a converted steel mill. Recent highlights have included a discussion aboard a ship in a Greenlandic fjord on why motorsport is â€œthe unexpected engine of sustainable transformationâ€.

Perhaps the most innovative approach comes from the non-profit sector. The UK Green Building Council, a charity whose funders include Heathrow Airport and the Canary Wharf group, is inviting all comers to digitally explore a virtual pavilion of a built environment whose centerpiece is the circular recovery fountain.

Are you curious about the FT’s commitments to environmental sustainability? Learn more about our scientific goals here

The marketing opportunities of a climate summit have also not gone unnoticed among sellside brokers.

Liberum Capital sent clients a list of COP26’s top stock picks this week, highlighting companies it says are “ahead of the pack and should benefit from increased focus on decarbonization efforts.” Two of its top five clients are Liberum’s brokers: The Renewables Infrastructure Group, a green energy investment trust, and small-cap Pensana, which is building a mine in Angola and a magnetic metal separation facility near Hull.

Gucci owner Kering, private equity group 3i and chip designer Nordic Semiconductor round out Liberum’s top five. A long list of backing includes stocks including Lloyds Bank, steelmaker ArcelorMittal and Rolls-Royce, the jet engine maker, all of which aim to reach net zero by 2050.

Reducing waste appears to be a priority for Rokos Capital Management, the macro hedge fund managed by billionaire Chris Rokos.

Rokos last month hosted a recruiting event at the Ivy Club in London to sell undergraduates the benefits of an internship. But the students were surprised to find that their Rokos gift bags were empty except for a pen. â€œWhile they appreciated Rokos’ hospitality, I’ve heard enough complaints to make me think some of them will become very good hedge fund managers,â€ a gatecrasher told City Insider.

Teneo and “Sir Spin” have gone their separate ways. Sir Craig Oliver this week left the so-called ‘world’s preeminent CEO consultancy’, which had a senior management hemorrhage after co-founder Declan Kelly resigned in June amid allegations of misconduct.

Having announced the news of his departure on TwitterOliver was immediately eclipsed by Amber Rudd, the former Home Secretary. Rudd, sister of Finsbury founder Roland Rudd, also moves to Teneo’s FGH, who recruited her as a senior advisor in February 2020.

Their resignations follow the departure this month of chief executive Paul Durman, who defected from the Brunswick public relations agency. Durman’s friends describe him as “chastised” after his signing – a 2,200-word farewell email that took many photos of Teneo’s management and corporate culture – won wide distribution outside the company.