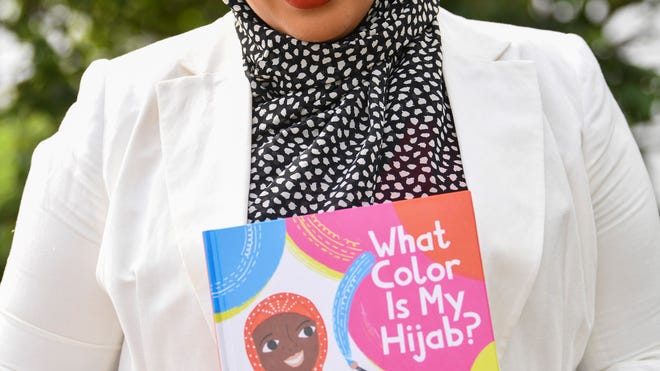 ST. CLOUD – Two St. Cloud professionals are launching a business to amplify diversity stories for the next generation of readers and writers.

The couple said they noticed a lack of diverse literature in Minnesota and the United States, and Diverse Voices Press is an intentional step towards seeing more of these stories being told.

“I would like to provide them with a platform – for people of color to have this resource,” Mahad said.

Mahad, who worked as a high school teacher in St. Cloud, said he had many students from the Somali community of St. Cloud who were born and raised in the United States. They would ask him about Somali superheroes after hearing about Superman or The Flash.

The pair were also prepare a syllabus for a Somali course for native speakers to help students improve their mother tongue. As part of this process, Ibrahim said, they researched bilingual and bicultural books for the district, with little success. Mahad said there aren’t many picture books or young adult books in Somali.

“There is a gap in the literature,” he said. “We would like to close this gap.”

But Mahad said that the people who can share these stories, these concepts that add to young people’s understanding of their history and culture, are in this community.

The publishing house intends to publish books in Arabic, Somali, Spanish and English, and has a bilingual staff of professionals to do so.

Ibrahim, herself an emerging author who recently wrote the children’s book “What Color Is My Hijab?” Said the process of publishing his books was difficult and expensive. And, like other writers, she was turned down – publishers telling her it wasn’t for them or not responding at all.

But when she started asking questions, Ibrahim said, she heard that other blacks, natives and people of color in her network had similar experiences and had been rejected without explanation.

Related:A cultural broker for children: Ibrahim’s book on the hijab puts Muslim girls in the spotlight

Mahad said he has also seen other people wanting to publish books in a different language because the publishers may not know the audience for that book. He wants Diverse Voices Press to provide a platform for people of color.

“Some of the experiences they are talking about are something new to other publishers who are not bicultural, bilingual publishers because they don’t know that kind of audience,” Mahad said. “… We help them share these stories with us – for the world.”

Ibrahim said a push for more diverse stories is helping the community prepare for a future that is itself becoming younger and more diverse.

“Our demographics are changing dramatically,” she said. “… This press is not going to cover today’s needs. It is going to address the problem that we will have in the next 25 and 30 years in greater Minnesota.”

So how does it work?

The company asks authors to pay for the services it offers, including editing, design, and printing. Diverse Voices Press covers the cost of an ISBN number, its distribution and its marketing.

Authors are asked to send a working title, a brief explanation of the plot and why they wrote the book, as well as a sample of the play (eg, a chapter). It is also a prerequisite that the submitted books feature diverse characters. All genres are welcome.

The Diverse Voices Press team will decide whether they wish to go ahead with the publication of the book. Ibrahim and Mahad said they would not be able to accept all of the books submitted, and Ibrahim said they intended to focus on quality rather than quantity. But those whose works are not selected will always receive a solid and fair response as to why they did not pass the selection process.

Ibrahim said the fees depend on what the person is trying to accomplish and the press is flexible in their work with the author (for example, if an author of children’s books wants to use their own illustrator rather than the one Diverse Voices Press can connect them with).

Read more: Habso Mohamud, a resident of St. Cloud, writes a book for educators based on his experiences as a Somali refugee

Diverse Voices Press officially launches this weekend with a book reading and question-and-answer session which is also the official launch of the English and Somali versions of “What Color Is My Hijab?” The event is 2 p.m. Saturday at Barnes & Noble, 3940 Division Street in St. Cloud.

Spoilers for ‘Days of Our Lives’ Wednesday June 23: Lani receives TMI from Paulina; Chanel and Allie seek approval from Julie; Gwen and Alex have a problem