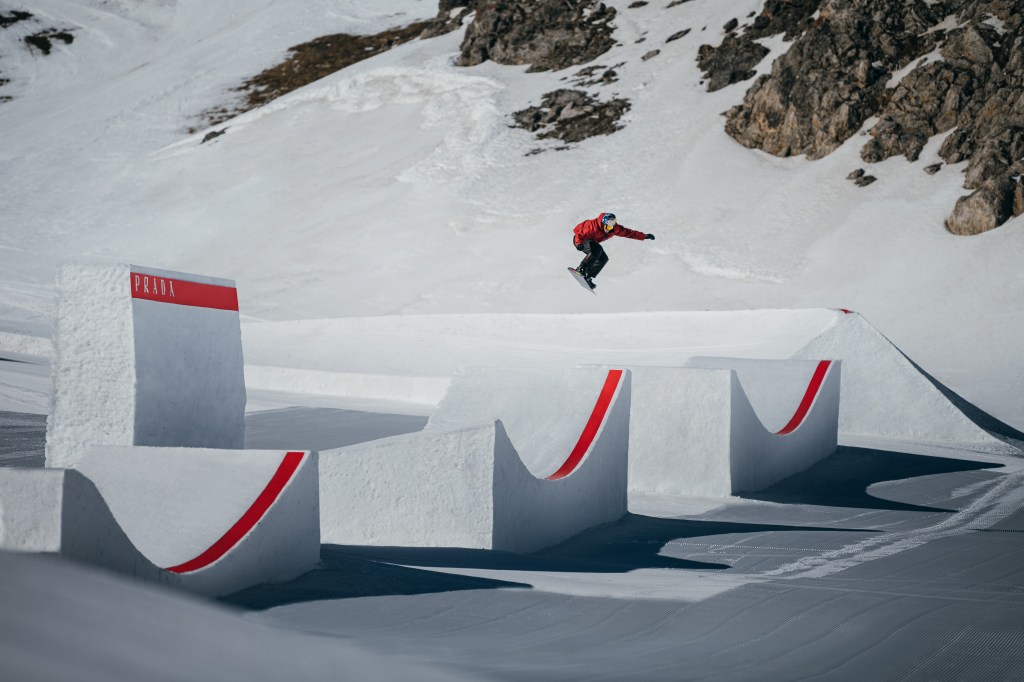 PRADA ON THE SNOW: Home to Prada’s sports bent, Prada Linea Rossa has forged ties with Red Bull to promote events and initiatives focused on sport and innovation. This combination demonstrates Prada’s ongoing efforts to enhance its brand experience.

To kick off this long-term collaboration, the Italian luxury house is releasing a documentary featuring French snowboarder Pierre Vaultier seen doing his tricks on a Prada Linea Rossa and Red Bull co-branded snowpark dotted by the signature red line of the first.

Prada did not specify how the partnership with Red Bull might evolve for future initiatives and iterations.

Filmed against the imposing landscape of France’s Serre Chevalier ski area, the snowboard champion, who won gold at the 2014 and 2018 Winter Olympics in Sochi, Russia, and Pyeongchang, Korea, respectively du Sud, is seen doing his acrobatic tricks.

The full-length documentary, “Reshapes,” features an extensive interview with the snowboarder, who has won the World Cup Crystal Globe, his discipline’s highest honour, six times in his career. The interview focuses on the athlete’s setbacks and achievements from his first competition in 1997 to his gold medal in 2018.

The Linea Rossa — not to be confused with the Luna Rossa line, named after Prada’s America’s Cup sailboat — is a technical collection of high-performance apparel that has returned to the limelight in recent years.