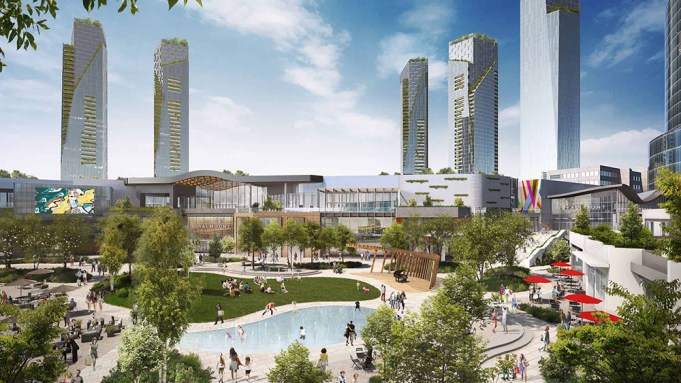 Two of the biggest names in fashion are opening new stores in the Great White North.

According to Quebec developer Carbonleo, Louis Vuitton and Gucci are leasing new flagship spaces in its Royalmount development, which is scheduled to open in 2024. Located in Montreal’s Midtown district, the sprawling site will host 170 stores, including 60 restaurants. The mixed-use project is the largest private development in Quebec with a key focus on creating an eco-friendly environment that will also include residential, office, hotel and wellness spaces.

Louis Vuitton’s first dedicated store in Quebec will cover 9,150 square feet in the residential and commercial complex. Gucci‘s flagship, meanwhile, will be housed in an 8,700 square foot space. The two high-end brands will be joined by Tiffany & Co., which is opening its largest store in town, as well as Sandro and Maje. High-end furniture company RH is opening a massive 46,000 square foot store in the development, to better show off its oversized sofas and tables.

The $7 billion project has been in the works since 2018, when Carbonleo announced its partnership with L Catterton Real Estate, a private equity firm that has an intimate relationship with LVMH, to develop the property.

The first phase of the project focused on the 824,000 square foot two-level retail and lifestyle complex. A linear park called Le Champ and an outdoor public square should complete the structure. And developers say the project will be one of the only 100% carbon-neutral mixed-use projects in Canada, according to Carbonleo.

“We are delighted that these renowned luxury brands have committed to opening outlets in Royalmount, which reflects our view that this world-class project will redefine mixed-use urban development in Canada, just as we have been able to. do with Miami Design District,” explains Mathieu Le Bozec, managing partner L Catterton, in a press release. “Together with Carbonleo, we look forward to introducing this destination to Montreal and to visitors from around the world.”