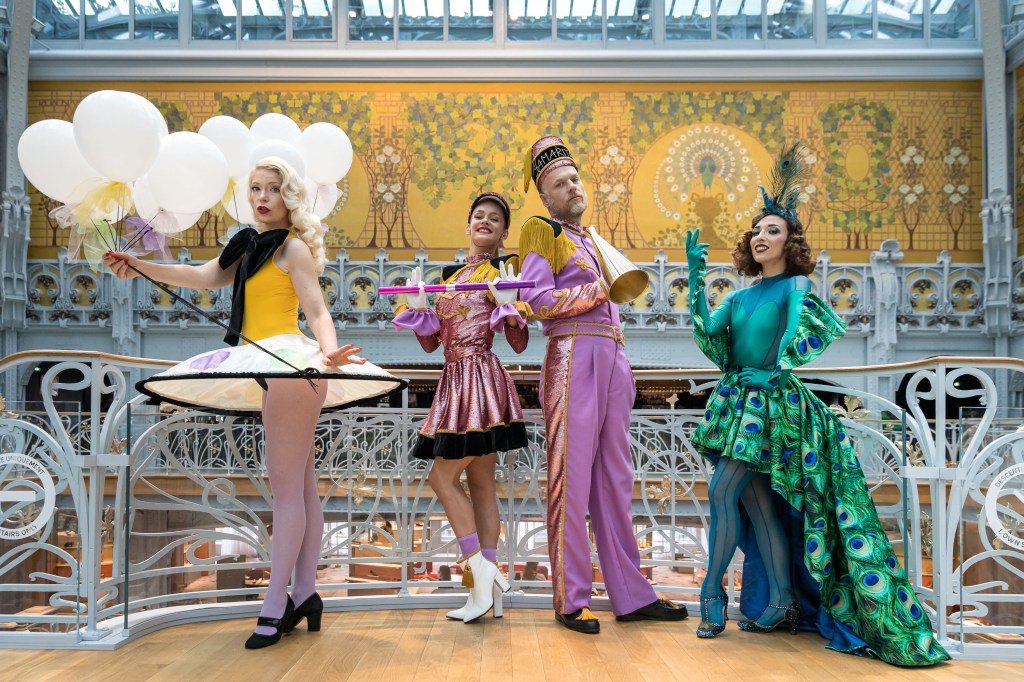 After the pandemic triggered its reopening in 2020, iconic Parisian department store La Samaritaine is pulling out all the stops as it turns 150 + 1, celebrating this milestone with an anniversary event that will run from September 2 to October 31.

The festivities will begin on September 2 with the unveiling of the department store windows. On the Rivoli side, the windows will feature multicolored neon installations, while four Pont Neuf windows will be handed over to Prada. They will present a three-dimensional trompe-l’oeil inspired by the decor of the brand’s fall 2021 fashion show mixed with the play of light of its Parisian host.

Inside, the Prada Glow pop-up will offer an interactive video space on the ground, connected to a lantern in the shape of the Italian brand’s logo which will rise in the middle of the atrium and will regularly change color. A selection of exclusive items such as a Cleo bag in purple tones, a black ReNylon bomber jacket with a sequined pocket and a bubble-gum pink kid leather version spotted on the men’s catwalk but available here for the women will be offered.

A seven-story cake, 2 meters high, will be exhibited on the ground floor of the building in rue de Rivoli. Imagined by the French artist Elsa Muse, its design is inspired by an ancient animation device called a zoetrope, which reached its peak around the date of birth of La Samaritaine in 1870.

Topped with characters representing the founders Ernest and Marie-Louise Cognacq-Jaÿ, the cake represents key elements of the store’s visual identity, including its yellow shopping bags, Parisian lampposts and the iconic peacock from its famous Art Nouveau fresco. A stop motion film bringing it all to life will be shown on social media platforms.

While this particular confection will be made from sugar paste, slices of edible versions will be handed out to a lucky few every Saturday at 4 p.m. Miniature versions will also be available for purchase, made by Bogato pastry chefs.

In the digital world, art historian Margaux Brugvin will take over the department store’s YouTube channel for episodes devoted to surprising moments in the store’s history and an interview with contemporary artist Antonin Hako on his links with art.

Each weekend will be marked by special events, such as a parade on September 4 and 5, featuring performers dressed in costumes inspired by iconic elements of La Samaritaine, from peacock to majorettes from a period commercial. . They will make appearances throughout the celebrations at other times.

A wheel of fortune, located near the concierge and activated by barcodes found on sales receipts, will allow customers to win freebies, ranging from bicycles to the store’s yellow and gray livery – available on its e -sales for 790 euros – copies of the book Assouline retracing its history and a selection of delicacies from food and drink brands available in stores.

To remember the occasion, there will be souvenir tote bags in the pastel palette of the birthday event and more painfully cute-cool Parisian tchotchkes at “Boutique de Loulou”. A cake and cocktail kit imagined by Matthias Giroud, the mixologist of the Voyage bar-restaurant on the seventh floor, and the pastry chef of the Maison Dalloyau Jérémy Del Val, will be available at 25 euros for those who want to have their cake and eat it too.