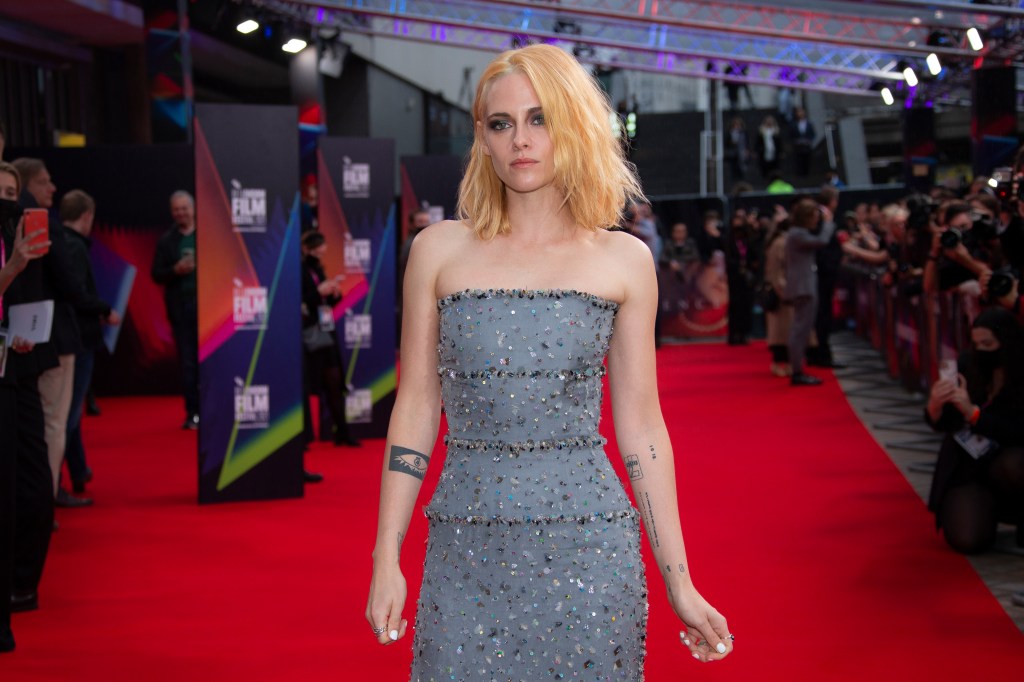 The actress attended the UK premiere of the upcoming ‘Spencer’ biopic, which follows Princess Diana, played by Stewart, on a pivotal Christmas holiday weekend with the British Royal Family in 1991, during which she decides to part ways with Prince Charles.

Stewart wore a gray strapless dress from Chanel, of which she is the longtime ambassador. The dress featured layers of stitched sequins and a semi-sheer skirt. She completed the look with open heels from Jimmy Choo.

She was styled by Tara Swennen, who has also worked with stars such as Allison Janney, Idina Menzel and Lana Condor.

The film made its official debut at the Venice Film Festival last month, where Stewart and film director Pablo LarraÃ­n attended the premiere. The actress also wore Chanel outfits when promoting the film.

The official trailer for the film came out last month, showing heated conversations between Princess Diana and Prince Charles, who told her, â€œYou must be two. There is the real one and the one they take pictures of. Stewart is later seen in the trailer saying, “There’s no hope for me, not with them,” referring to her relationship with the Royal Family. The trailer ends on a disturbing note, with Stewart looking at the camera saying, “Are they going to kill me, do you think?”

Ahead of her release, critics praised Stewart for her portrayal of the late princess, with some even saying she deserves a nod for Best Actress for the upcoming awards season.

All you need to know about the movie “Spencer”

A closer look at Kristen Stewart’s Chanel outfits in ‘Spencer’

Installment Loans: Here’s Everything You Need To Be Educated About When Buying Prada