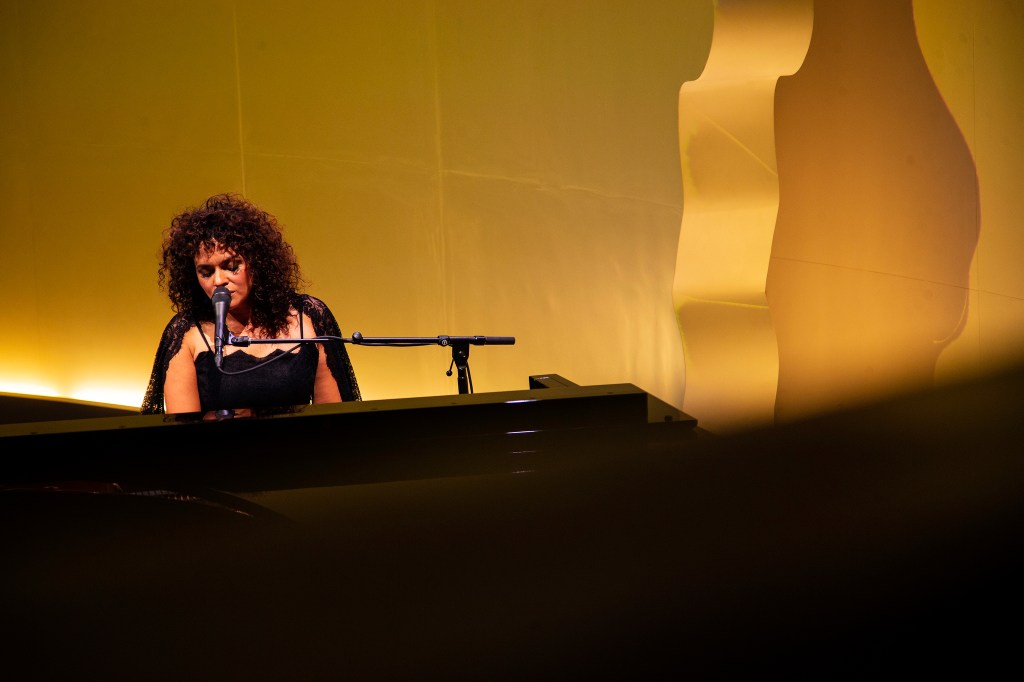 Wednesday night’s Guggenheim International Gala was a bittersweet affair. On the one hand, it was an opportunity for museum supporters to attend the recent retrospective of Alex Katz “Gathering” after office hours; on the other hand, the evening marked the conclusion of 10 years of sponsorship of the event by Dior and the forthcoming departure of the director of the Guggenheim, Richard Armstrong, after 14 years at the museum.

“I love doing things I’m not supposed to, like dining at museums,” Dobrev said, walking up the rotunda inside the Guggenheim Museum with beau Shaun White while touring the pre-exhibition. dinner and cocktail hour. “Normally you’re not allowed, and it’s very dangerous and exciting. And we obviously love the brand and we love this museum, it’s such a beautiful space.

“I had never been here before, so I was very excited,” White added, glancing at the Katz paintings that line the walls. “First time. Just take it all.

Among the artists populating the spiral rotunda path were Dior collaborators such as Mickalene Thomas and architect Peter Marino, Rashid Johnson, Jeff Koons, Christopher Wool and Nick Cave, who has an exhibition at the Guggenheim on November 18.

Armstrong and Dior were the winners of the evening, a fitting tribute to celebrate the decade-long partnership.

“This is the last time I will be here, at least in a free position,” Armstrong said during dinner, the statement met with boos from at least one table sad to see the chef leave. “Dior has been an incredible partner over these 10 years,” he added. “It’s rare that you have a partner who has even higher aesthetic demands than an art museum, but Dior does and we believe they are the ideal partner for us.”

“Look at this space: there’s no better place to hold an event than this iconic rotunda,” said Marisa Pucci, senior vice president of communications and image, Christian Dior Couture and Parfums Christian Dior, who joined the company 10 years ago. before the inaugural gala. With a splashy opening celebration for Dior’s collaboration with Harrods in London scheduled for the next day, Dior’s Paris executives, including creative director Maria Grazia Chiuri and chief executive Pietro Beccari, were unable to make the international flight , but offered parting words via video over dinner.

After chef Rōze Traoré’s main course was served, curator Naomi Beckwith paid a heartfelt tribute to Armstrong. The evening ended with a performance by Norah Jones, which captivated many of the crowd. Merced cheered on the pianist and singer throughout her concert and was one of the first to give Jones a standing ovation at the end of her set. “Yes queen! Wow,” the young actress said, her exclamation soon drowned out by applause.

It is certainly a difficult act to follow. Which brand will be next to take up the challenge?

Meghan Markle ‘blew in’ at Jubilee with clever outfit choice ‘She…