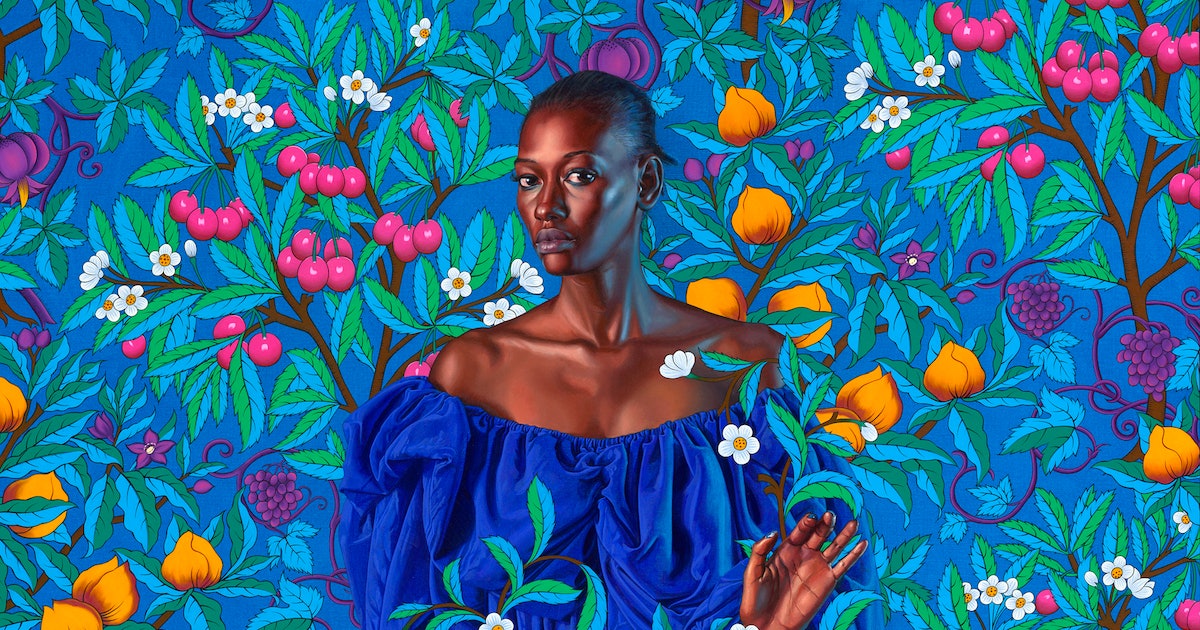 Two years ago, Frieze LA hosted what turned out to be the last traditional art fair the art world has seen since the pandemic. And almost exactly two years later, Frieze LA is here to welcome visitors back. Its third edition, in a new location adjacent to the Beverly Hilton Hotel, is bigger than ever. While its usually larger New York counterpart had just over 60 galleries for its return last year, Frieze LA has increased its number to over 100. According to Christine Messineo, the new director of Frieze Los Angeles and New York, this number is actually quite manageable. “You can spend half a day at the fair and feel like you’ve been pretty thorough,” she says.

The main Frieze tent is just one of many attractions that will make up what is informally known as Frieze LA Week. Between adjacent fairs like Felix and Spring Break and the many strategically timed gallery openings, we wouldn’t be surprised if you forget to keep an eye out for celebrities like Brad Pitt. Here, a guide of all the activities not to be missed.

For the second time in just over two months, 95-year-old Betye Saar will be the star of a major fair. Fresh from the opening of her acclaimed ICA Miami retrospective during Art Basel Miami Beach, Saar was on hand at Frieze LA to recreate her 1983 mural THE Energy. Culver City-based gallery Roberts Projects sees it as the highlight of its diversity and inclusiveness-themed booth, which will also feature paintings by Amoako Boafo and Kehinde Wiley.

Artist Calida Rawles has managed to bring together Frieze LA, New York Fashion Week and the Super Bowl in a mural all her own. For the artist’s first public artwork, one of his iconic black figures submerged in turquoise water will take center stage at Hollywood Park in Inglewood’s hometown of Rawles, a stone’s throw from SoFi Stadium. New York designer Christopher John Rogers designed a flowing yellow dress specifically for Rawles’ painting, which also includes jewelry from Almasika.

“Luncheon on the Grass” at Jeffrey Deitch

Jeffrey Deitch invited over 30 of today’s most acclaimed painters to follow in the footsteps of ancestors like Monet and Picasso in responding to Manet’s 1863 masterpiece Lunch on the Grass. Most of the works were created specifically for the exhibition, which runs from February 19 to April 23. Participants include Kehinde Wiley, Paul McCarthy, Sam McKinniss, Nina Chanel Abney, Mickalene Thomas, Tschabalala Self and Naudline Pierre.

Messineo de Frieze thinks some of the most exciting attendees at this year’s fair are outside of the blue chip sphere. Artist Tanya Aguiñiga has brought together 10 BIPOC artist-led social impact organizations from across the city to form what Frieze LA officially bills as a “radical” community space. Aguiñiga has a strong track record of showcasing sociopolitics in art – offerings include ceramics made by formerly incarcerated women who trained with the People’s Pottery Project, and works by artists who regularly cross the border . (Aguiñiga, who herself crossed the border daily, while studying in the United States for 14 years while living in Tijuana, formed a nonprofit organization that caters to these artists.)

On February 16 and 17, VIPs can take refuge in what is currently only the second edition of Prada Mode in the United States. , interactive environment entitled “HelLA World”, by Martine Syms. (The video artist memorably documented Miuccia Prada’s last solo outing with Prada before Raf Simons joined in 2020.) evening with DJ sets from Kyle Hall, Acyde and Femi.

It took only four months after his acclaimed tenure at the Whitney Museum of American Art ended for Christopher Y. Lew to return to the scene. The curator is back as Chief Artistic Director of Horizon Art Foundation, the recently opened residency program in downtown Los Angeles that will provide four emerging and mid-career international artists a place to experiment each year. Toronto-based Laurie Kang is first, followed by Phillip John Velasco Gabriel, Sara Cwynar and Ilana Savdie.

Of all the shows and events happening alongside Frieze LA, Lew considers Josh Kline’s first institutional solo show in Los Angeles among the most exciting. “Adaptation,” which will be presented at LAXART from February 12 to April 9, marks the American premiere of Kline’s 16mm film Adaptationwhich tackles climate change via a waterlogged New York City in the near future.

Kline’s longtime gallery, 47 Canal, based in Tribeca, is once again bridging the coastal divide by partnering with the Commonwealth & Council of Los Angeles. The galleries’ first joint Frieze stand has something for everyone: photographs, including Elle Pérez; facilities, through Stewart Uoo; and sculptures, via Anicka Yi. And that’s just to name a few: works by Ajay Kurian, Cayetano Ferrer, Guadalupe Rosales, Katie Grinnan, Leslie Martinez, Suki Seokyeong Kang and Amy Lien & Enzo Camacho are also featured.

Following its partnership with Half Gallery for an exhibition of René Ricardo, the Dries Van Noten venue known as “The Little House” will host Raqib Shaw’s “Tales From an Urban Garden” from February 16 to March 26. per the motifs Shaw’s mother maintained during her childhood in Kashmir, the leafy scenes in Shaw’s paintings are actually reimaginings of the wasteland next to her south London studio. Jeffrey Deitch, who first showed Shaw’s work in the United States in 2005, partnered with Van Noten for the exhibition, as well as London’s White Cube.

“New Construction” at the Hole

New York’s The Hole officially extends to the West Coast, and you can see it for yourself in real time, on February 15. The gallery will open its third permanent space with a two-hour live “group exhibition,” which is really the installation of its inaugural exhibition, “New Construction,” opening the same day. The approximately two dozen artists featured include FriendsWithYou, Misaki Kawai and Aurel Schmidt.

Photographer (and O contributor) Max Farago is reopening his eponymous gallery, Farago, with a little help from Alex Tieghi-Walker, the tastemaker behind the Los Angeles-based gallery and online platform Tiwa Select. The duo have joined forces on a group show called “Everyday Rituals,” a showcase of creators with less conventional paths to art and lesser-known artists they consider visionaries. Participants include Michael Lindsay-Hogg, director of the long-lost Beatles documentary So be itand Jim McDowell, aka the Black Potter.

As if all that wasn’t enough, Frieze LA’s cool little sister, Felix Art Fair, has recruited 60 galleries for its third international edition, which also runs February 17-20. Luckily for those prone to Fair Fatigue, founders Dean Valentine, Al Morán, and Mills Morán eschewed a tent in favor of some sort of scavenger hunt across two floors of hotel rooms at the Hollywood Roosevelt, along with the cabanas surrounding his David Hockney -painted pool. As usual, exhibitors pay for hotel rooms rather than expensive exhibit booths, allowing newcomers to join Clearing, Kasmin, Canada, White Columns and P P O W.

Just 15 minutes from the main fairgrounds, at Los Angeles’ third edition of the Spring/Break Art Show, things will get even more unusual. Its freewheeling founders, Ambre Kelly and Andrew Gori, continue to partner with Skylight Studios to find “atypical exhibition venues,” the latest of which is a 30,000-square-foot former factory in Culver City that will house 50 immersive installations over the same three-day period. This year, Research group star Alia Shawkat will join the fray. Her first official solo exhibition in LA will take the form of a “workshop,” where the longtime actress and painter will create new works on location alongside her childhood friend, artist Maria Gajardo.