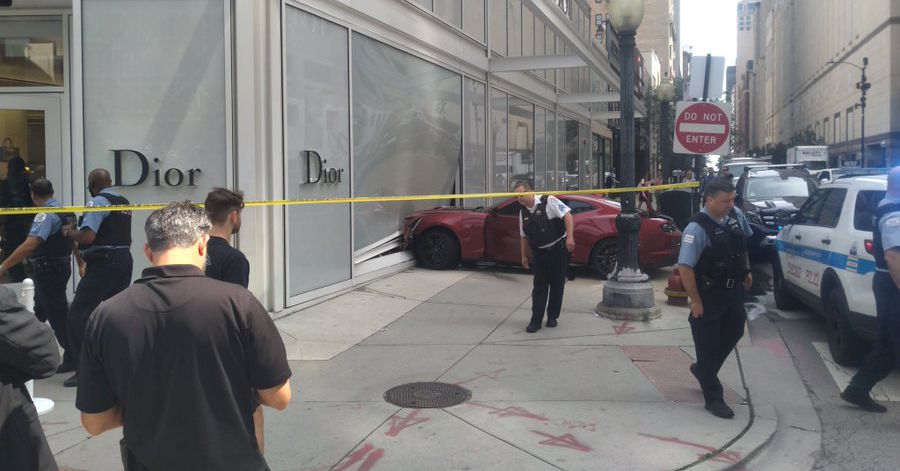 A criminal on probation took part in a drug-fueled merry-go-round last week that ended when he crashed into a Magnificent Mile store and attempted to grab the gun from an officer who responded prosecutors said during his first court hearing on Sunday.

Adrian Guiterrez, 34, of Avondale neighborhood, faces a list of charges relating to the incident, including charges of attempting to disarm a peace officer, possession of a controlled substance and property damage of more than $ 100,000, according to Cook County prosecutors. . He was also charged with drunk driving.

At around 11:20 a.m. on Friday, Guiterrez was driving “erratically” through the city center in his Chevrolet Camaro, according to Deputy State Attorney Jennifer Ravin. He drove in the wrong direction on several streets, collided with a busy parked car, and “narrowly missed” pedestrians before dashing into the window of the Dior store, 931 N. Rush St.

Guiterrez, who was the sole occupant of the Camaro, then created a disturbance in the store and set off a fire alarm, Ravin said. When Chicago police arrived, Guiterrez reportedly put his hand on the butt of an officer’s gun before being arrested.

Several officers and the store security guard noticed a “white powdery crust” on Guiterrez’s face, Ravin said. A toxicology report later revealed that his system contained cocaine and a benzodiazepine, a type of drug commonly used to treat anxiety.

He was taken to Northwestern Memorial Hospital, where he remained hospitalized. The initial estimate of damage to the store was between $ 250,000 and $ 300,000, Ravin said.

On July 7, Guiterrez pleaded guilty to one count of aggravated bodily harm to an elderly person and was sentenced to 24 months probation, Ravin said. He had previously been sentenced to one year in the Illinois Department of Corrections for possession of a controlled substance charge.

Bae Suzy’s wonderful collection of Dior bags is what we need, see photos