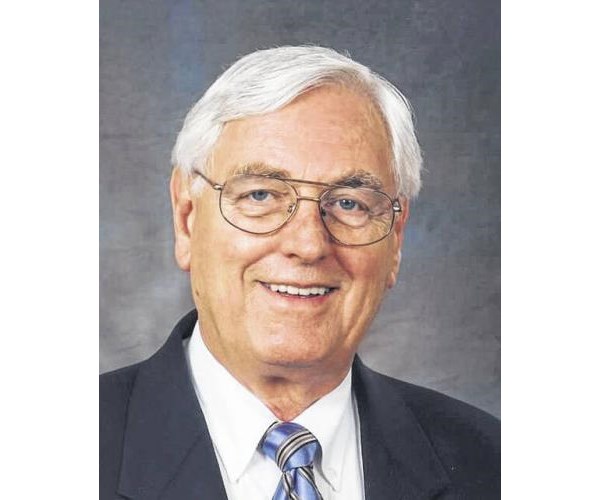 It is with deep sadness but peaceful determination that her family announces the passing of their beloved, Don Covert.

The longtime Galionon entrepreneur and founder of Covert Manufacturing died at the age of 84 at his home on Thursday, September 23, 2021. It took two cancers and a hip fracture to prevent him from return to work, where he was still active until July of this year.

Born in Flushing, Ohio on February 24, 1937, he was the son of James Donald and Georgiana Covert. Don married his high school girlfriend, Martha “Rodella” (Jenkins) Covert on April 14, 1956. They had been married for 65 years.

He graduated from Mt. Gilead High School in 1956, then continued his love of manual labor and became the first Quality Pattern apprentice in Mt. Gilead. After a five-year apprenticeship, he became a master model maker. Don, has honed his skills in many companies including Cooper Bessemer, American Standard, International Harvester, Engelking Pattern and Engineering. Later in his career, he became president of the National Association of Pattern Manufacturers.

In 1967, at the age of thirty, he decided to go into business. He said he had always loved being in business, whether it was mowing lawns in his youth, fixing go-kart engines, fixing old furniture, building cabinets or adding additions. from garage to houses. So he sold his house in Kentucky and moved his young family to an apartment in Mount Gilead and bought Haas Pattern Works in Galleon.

He thanked Joe Haas for introducing him to the fundamentals of accounting and day-to-day business practices. Later, he deepened his knowledge of sales and business management with his wife Rodella while they attended the Dale Carnegie seminars, and competed lightly for the best prizes.

The success of Covert Manufacturing, Inc., over the next fifty years, was a source of pride and excellent reflection not only on the company itself, but also on the wise management, over 300 hardworking employees and on the Galion community. Covert Manufacturing has improved the quality of life in the surrounding area and will certainly continue to display the same unwavering dedication to excellence for which it has become known. The company is currently under the trusteeship, owned and managed by his eldest daughter Teri Williams, as CEO and his adult grandchildren, vice presidents, Chanel Hipp and Oliver Williams.

Another source of pride for Don was his 35 years on the board of directors of the First Federal Bank of Ohio, where he served as board member, president and finally president.

Don loved his family, his business, his job, his friends and his community. He and Rodella were members of the Galion Country Club when they met many longtime friends and learned to play golf.

In 2005, Don was inducted into the North Central Ohio Entrepreneurial Hall of Fame. He was selected for this prestigious honor, for his work as the owner of Covert Manufacturing. Also, because he has been involved in many significant companies, helping to guarantee a high level of success for all the projects with which he was associated.

His remarkable achievements clearly demonstrated the potential of each person to have a positive effect on the quality of life of our society.

Below is a passage from the granddaughter Chanel Hipp which turns out to be the feelings of the family:

â€œI should have felt the ground shake as a giant oak tree fell into the forest, leaving a menacing void left bare and visibly barren. Once we were all sort of shaded by its branches and leaves. Now the dazzling rays of heat reveal how much he has shaded us. “

â€œWe have been blessed and inspired by his life and our solace is that his blood runs through our veins. We will always cherish our memories and time spent together. May God grant us the strength and wisdom to continue his legacy. head and feel the sun and watch for the leaves it has left in the wind Nothing so gigantic falls in the forest without leaving shoots to attest that it was there.

The funeral will be at 11:00 a.m. on Tuesday, September 28, 2021, at St. Paul’s United Methodist Church, 746 Cherry Street, Galion, Ohio 44833, with Reverend Ash Welch officiating, where a Masonic service will precede the Christian funeral. service. Interment in Fairview Cemetery

Memorial contributions can be made to St. Paul’s United Methodist Church or the Avita Health Foundation which operates the funeral home.

Richardson Davis Chapel of Snyder Funeral Homes in Galion is honored to serve the family of Don Covert, and condolences can be sent to them at www.SnyderFuneralHomes.com.

The latest heroes of the Gucci project, both vintage and next-gen designers