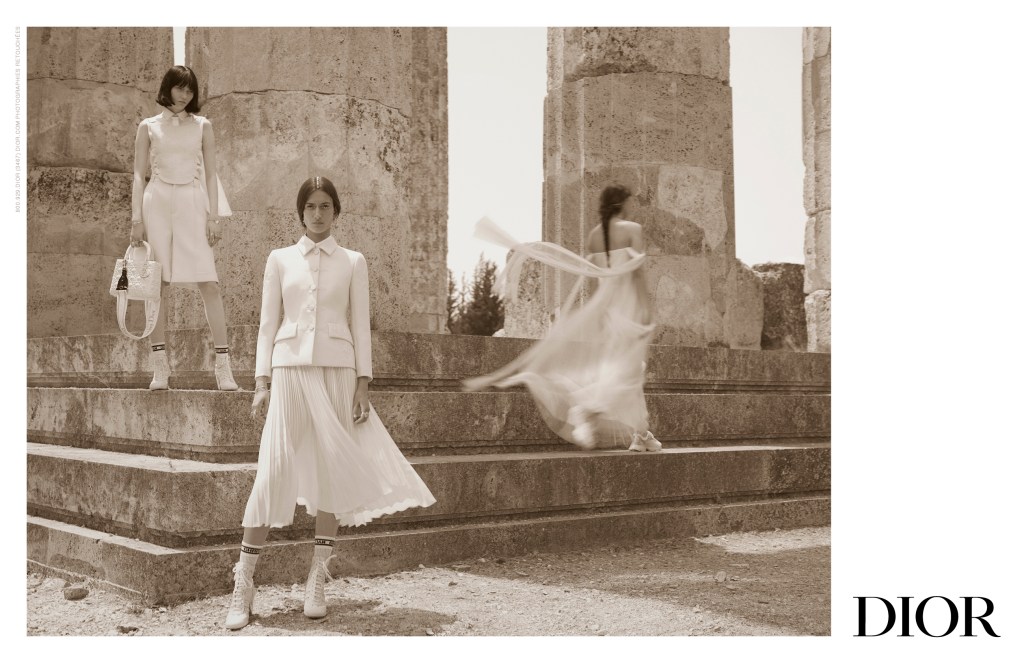 KICK OF THE GODDESS: Seventy years after Christian Dior’s haute couture collection was photographed in front of the Acropolis, the brand shot its cruise campaign in front of another ancient Greek temple – only this time, some of the models are wearing sneakers.

Maria Grazia Chiuri, artistic director of women’s clothing at Dior, hired Julia Hetta to photograph the advertisements for the Temple of Zeus at the ancient Greek archaeological site of Nemea.

The campaign was led by Fabien Baron and styled by Elin Svahn. Peter Philips did make-up and Guido Palau did the hair.

Since taking over the artistic direction of women’s collections at Dior in 2016, Maria Grazia Chiuri has made it her business to work with women photographers. The resulting images were sampled in â€œHer Dior: Maria Grazia Chiuri’s New Voice,â€ a book published by Rizzoli New York earlier this year.

Dior’s spring advertisements are as lush as Caravaggio’s paintings

The influencer wears Prada – The Cowl