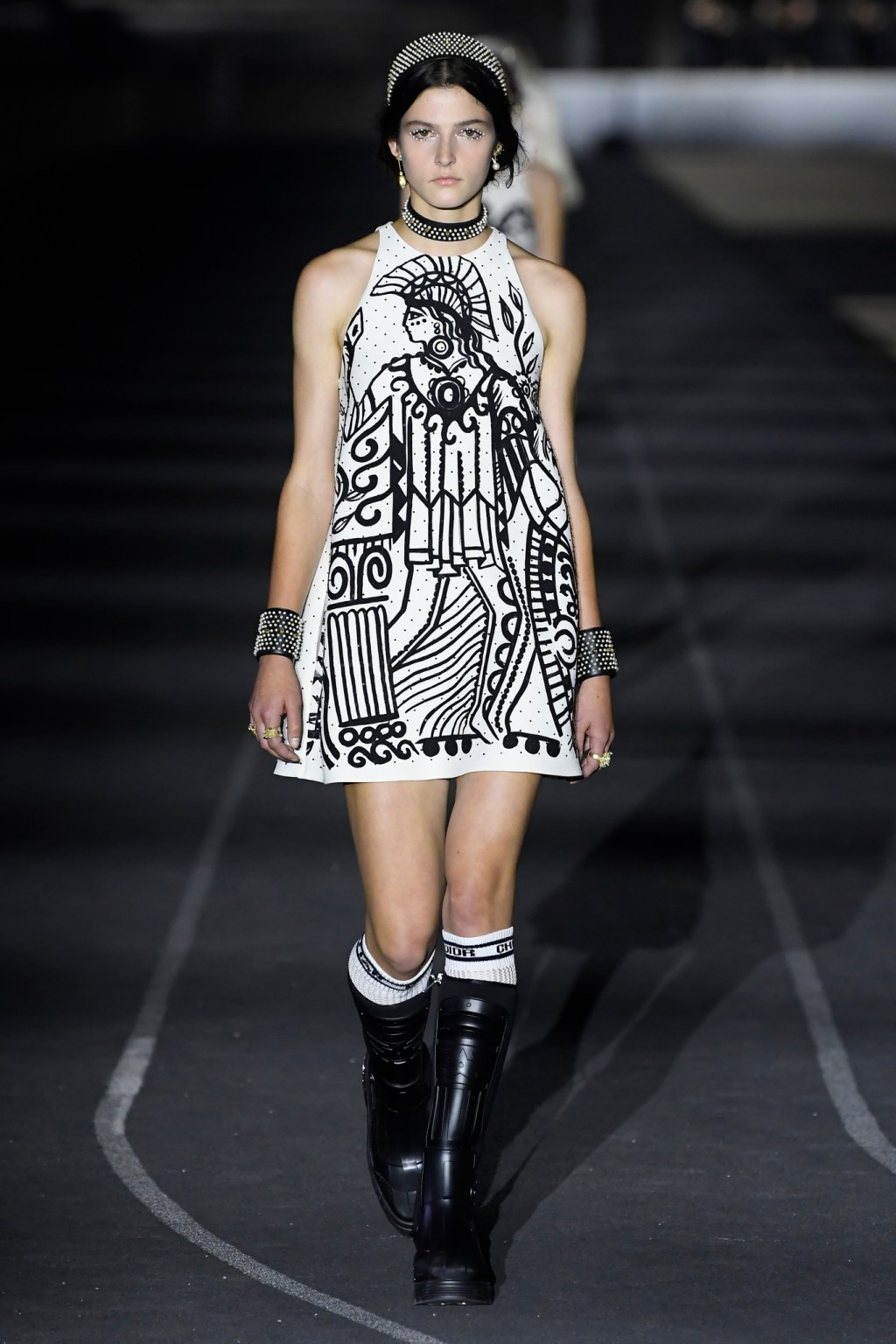 GREECE IS THE WORD: Who better than a Greek director to document Maria Grazia Chiuri’s collaboration with local artisans on her 2022 cruise women’s collection?

Designer Dior has stayed true to her tradition of promoting female image makers by giving Athenian filmmaker Marianna Economou carte blanche to capture the making of the collection in a documentary titled “The Greek Bar Jacket”.

The film shows how Chiuri worked with tailors, weavers and artists to develop her cruise line, which pairs goddess dresses with athletic basics. The spectacular display at the Panathenaic Stadium in Athens in June marked the first major parade with an audience since the outbreak of the coronavirus pandemic.

Economou, who caught Chiuri’s attention through his 2019 documentary “When Tomatoes Met Wagner,” met each of the artisans involved in the show.

While traveling across the country, the director visited the workshop of tailor Aristeidis Tzonevrakis, who reinterpreted the iconic Bar de Dior jacket by embellishing it with traditional chain stitch embroidery, and the Silk Line factory run by Kostas Mouhtaridis and Dimitra Kolotoura, who produced fabrics in the house’s signature stripe. and houndstooth patterns using a traditional weaving technique.

On the island of Thasos, Economou meets the artist Christiana Soulou, whose drawings of female figures from mythology are transposed on jacquard dresses in cut thread. In Athens, she discovered the Tsalavoutas family workshop, which made traditional fishing caps.

“The Greek Bar Jacket” will premiere on Dior’s YouTube channel on Thursday at 4:00 p.m. CET.