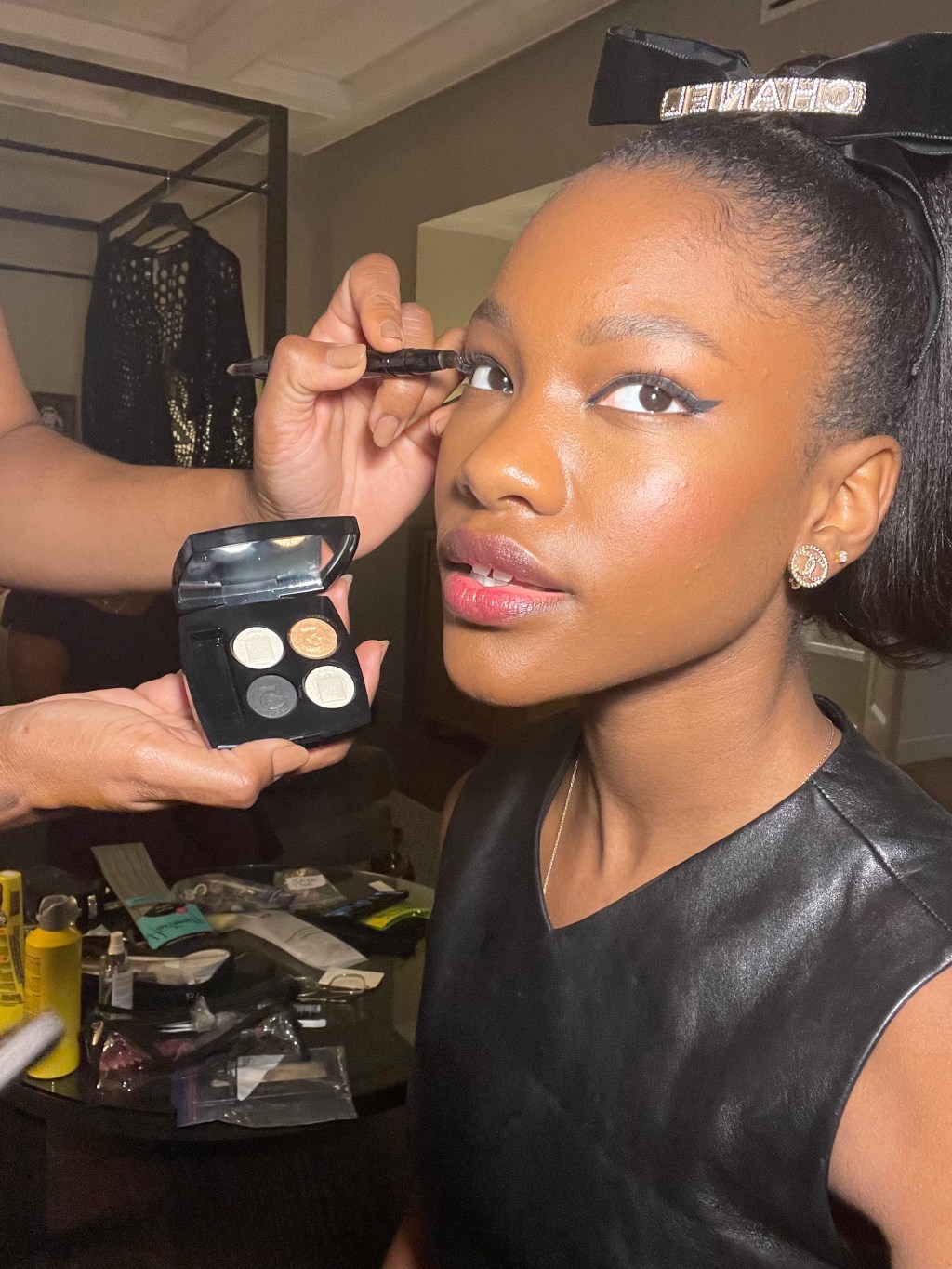 â€œKing Richard,â€ the new movie starring Will Smith on the rise of Venus and Serena Williams and the role their father, Richard Williams, played in it, is finally in theaters. The roles of legendary tennis stars have gone to new faces Saniyya Sidney, as Venus, and Demi Singleton, as Serena. WWD got a behind-the-scenes look at the premiere night with Singleton, who is just 14 years old and already a Chanel veteran. Below, Singleton discusses the film and as an attachment, she shares her photo diary of the night.

Tell us about your Chanel look – how did you choose what to wear? What was the feeling you wanted?
â€œFor this particular look, I wanted something cool and fresh, something that gives off some edgy vibes. I also wanted to feel what Serena and Venus are to me: heroes. These ideas made me want to wear something with a cape. I felt very heroic!

Who did you prepare with?
“I prepared with my family and my amazing stylist and glam team: Jason Bolden, Tasha Reiko Brown and Kim Kimble.”

How is Serena in person? What was it like meeting her for the first time?
â€œSerena is probably one of the nicest and funniest people I have ever met. When I met her in person I won’t lie, I was nervous. Serena has been a woman I have admired for years, even before I became a tennis fan. But once I spoke with her and Venus, I realized that I really had nothing to fear. They are both so humble, and that makes it easy to talk to them. I love them both so much.

What was your favorite part of playing it?
â€œI think one of my many favorite parts of the Serena game was being able to explore another fashion era. ‘King Richard’ is a period piece, so it was really fun wearing all the trends in the fashion. fashion from the 80s and 90s. “