In his Kiss the Cook apron, Abe calls Lani from Paulina’s house. He asks his daughter to wedge his aunt because he is preparing a surprise. After hanging up, Chanel introduces herself. He tells her he’s proposing to his mother tonight and wonders what she thinks about being her stepfather. Chanel says he’s the best thing that ever happened to her mom. She knows he will make her happy and that it will be good to have a stepfather like him. Abe thinks it would be wonderful to have her as a daughter-in-law. She gives him her blessing and they kiss. He proudly shows Chanel his menu of Paulina’s favorites that he made after consulting Big Mama. Chanel hates informing her, but her grandmother was wrong. Paulina hates pecan pie, but she loves lime. Chanel offers to help her do it.

In the square, Paulina tells Lani that she is going home. Lani forces him to stay by asking him for advice on where to take Eli on a surprise trip. They sit as Paulina suggests in several cities including Paris. Lani flinched as she said she had never been there. Paulina realizes it’s because of her. She apologizes for breaking Lani’s heart by not taking her there when she was a child. She wants to purify the air. Lani receives a text from Abe giving her the green light. She says they can do it another time. However, Paulina wants to say something once and for all. She recounts the letters she wrote to prepare for their dream trip. Lani says she read them until they fell apart. Paulina admits that she cut her sister off when making their plans for Paris. When she found out, Tamara naturally forbade such an extravagant gift. So they lied that she was busy with work. Lani assures him that she forgives him and begs her not to worry anymore. They kiss as Lani receives another text from Abe.

Back at Paulina’s, Abe is amazed to see Chanel bake a pie so quickly. Chanel asks if she can stay to see her mother’s face when she introduces herself. When she comes home, Paulina is touched to find Abe’s surprise. However, she hates lime pie.

Following: Romance, confessions to the devil in Days promo 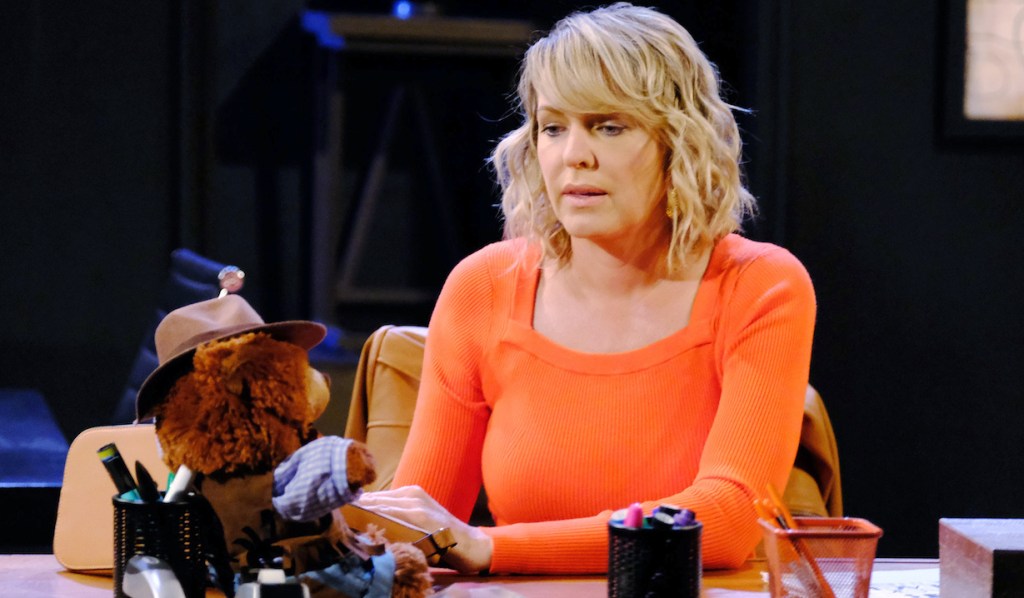 As Nicole looks thoughtfully at Duke on her desk at Basic Black, EJ arrives for their date. After spotting the bear, he asks her if she is still pining for Rafe. She denies it. He hopes so since the purpose of their meeting is to move on. EJ suggests getting rid of Duke might help him do that. He throws the bear in the trash. Nicole says they should go. However, she runs back to secretly take Duke out of the trash before they leave.

In his office, Rafe remembers meeting Nicole outside Brady’s Pub. Ava walks in and invites him to dinner.

While Nicole and EJ drink wine at Julie’s Place, EJ denigrates Rafe, who shows up with Ava. When Rafe assumes they’re having a business dinner, EJ corrects him. “It’s pure pleasure.” 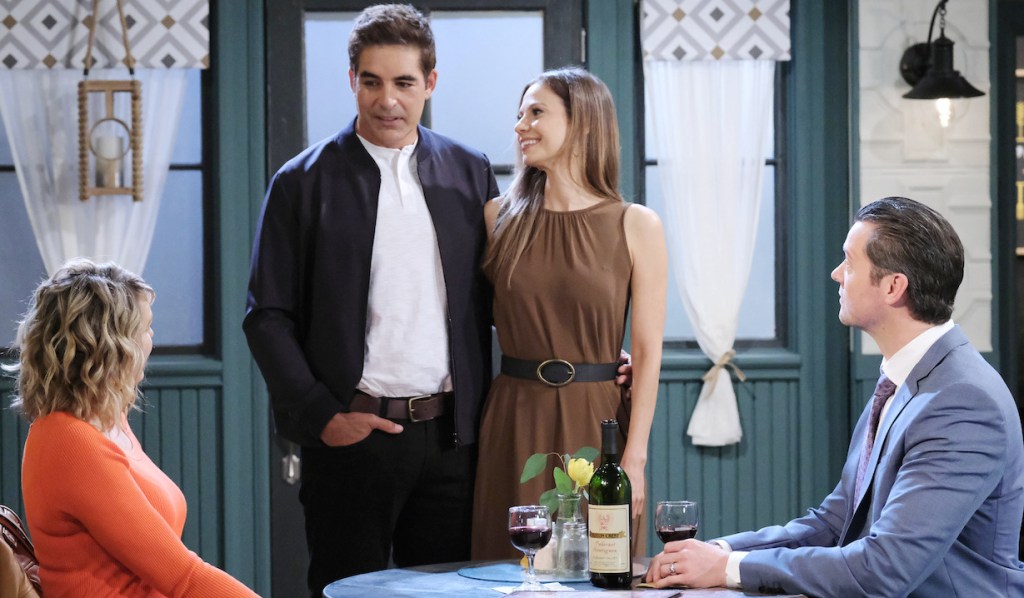 Doug wakes up in his hospital bed to see MarDevil standing over a lifeless Julie. He presses his call button before getting up to confront MarDevil.

Before John can press play on Doc’s recording, Kayla walks into Marlena’s office. She reminds him that it is protected by doctor / patient confidentiality. John knows this, but he was tempted to listen to him given Doug’s savage claims about Marlena trying to kill him. Kayla receives a call about someone pressing the call button in Doug’s bedroom. They leave. 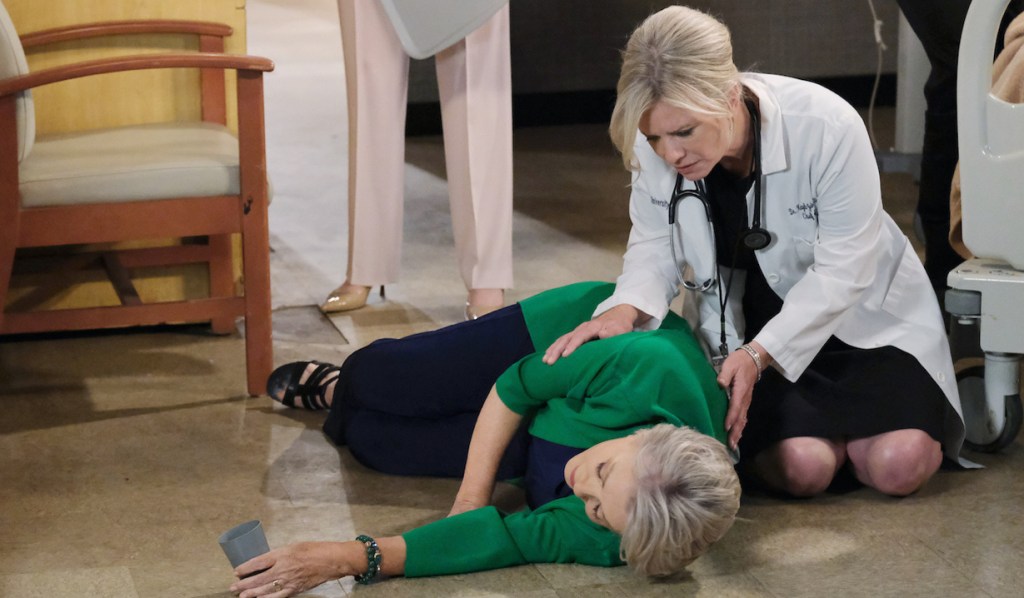 John and Kayla find Doug struggling with MarDevil. Kayla rushes to Julie who gets up slowly. John reinstalls Doug the wrong way around as MarDevil says she saw Doug hit his wife on the head. Doug insists that this is not what happened. Julie only remembers drinking water from Doug when something hit her. She insists that her husband would never hurt her. Doug yells “Marlena” did it. MarDevil suggests that Doug get sedated when he repeatedly says he has to protect his wife. Kayla accepts and administers it. After John and “Marlena” leave, Julie insists that Doug didn’t hit her. Kayla said there was no one else in the room. Julie points out that “Marlena” was. 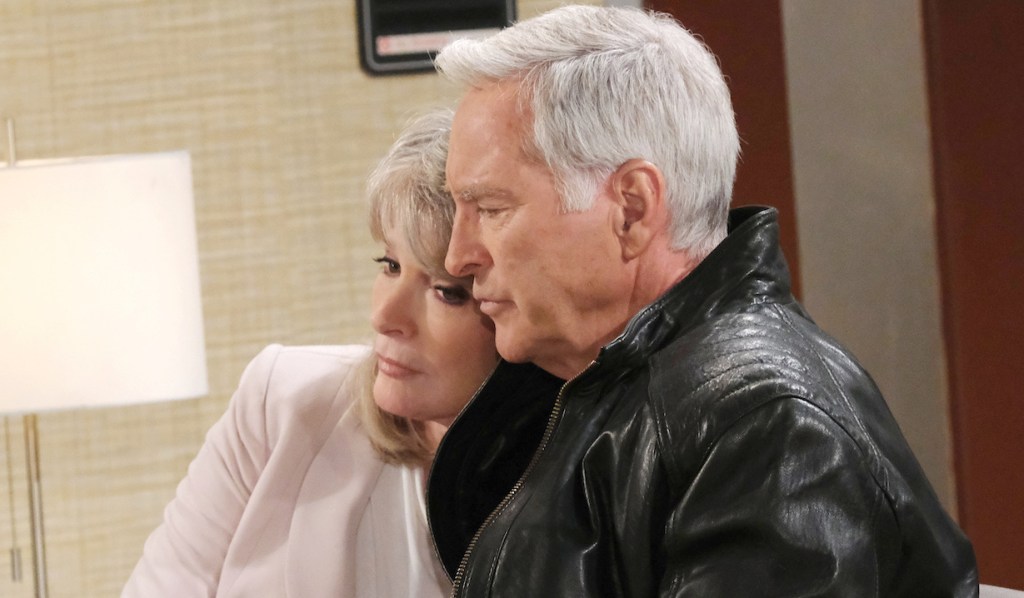 Following: How far would Gwen go to keep Alex?

John and MarDevil have coffee in the lobby. John asks why “Marlena” left her office to see Doug. Did the recording refresh his memory? MarDevil confirms and says that Doug is more of a threat to Julie than she thought. He said he wanted to kill her. John tells “Marlena” what Doug said she tried to kill him. As John worries about Doug and “Marlena” plays along, Kayla and Julie join them. Julie tells “Marlena” she’s wrong – Doug will never attack her. MarDevil says she’s sorry, but Julie has to face the truth. She thinks Doug is a danger to himself and to others. She recommends that he enlist with Bayview.

Next on Days of our lives: Chad makes a deal with Johnny.

See if you agree with these unpopular opinions on soaps in the photo gallery below.

Please note that if you purchase something by clicking on a link in this story, we may receive a small commission on the sale.