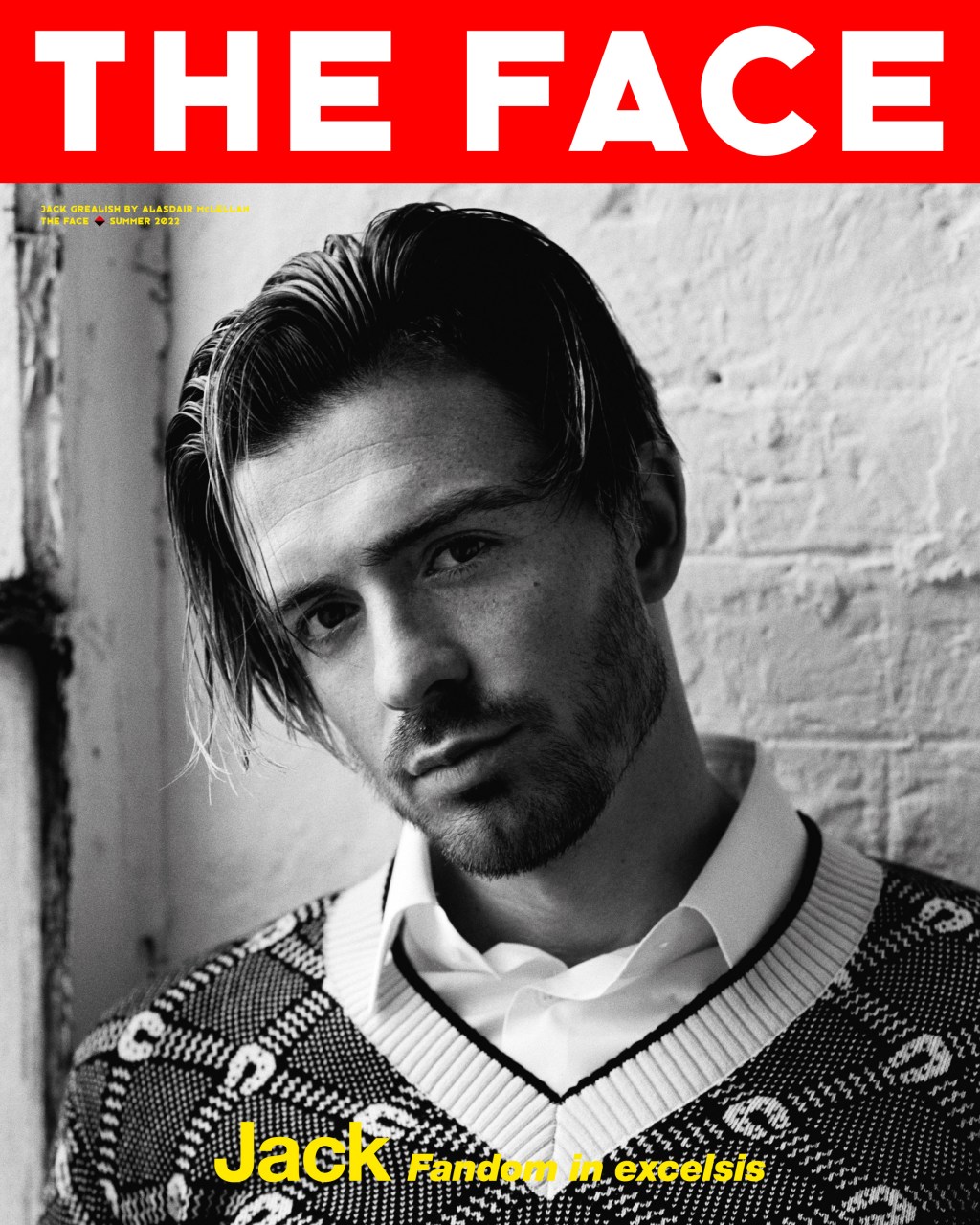 One of the most celebrated creative directors working in the industry today, Simmonds is best known for working with Gucci creative director Alessandro Michele on relaunching the brand by creating a distinctive visual language from 2015 to today.

Prior to that, he was creative director at Dazed and Confused for six years. Through his own agency, Simmonds Ltd., founded in 2009, he has also collaborated with Balenciaga, Dior, Givenchy, Diesel and JW Anderson.

Matthew Whitehouse, Editor of The Face, said: “From our first conversations, it was clear that Chris shared a love for The Face and the communicative power of print, in general. He brought with him a sense of humor and irreverence that has always been an important part of what we do. And it was exciting, three years after launch, to have a new set of eyes probing, questioning and excited with us.

Dan Flower, the magazine’s managing director, believes that together with Simmonds, The Face will be able to “continue to elevate its storytelling in new and innovative ways across print and digital” and “capture the ‘now’ of the most visually impactful way”. possible.”

Commenting on his new post, Simmonds revealed that it was a 1997 issue of The Face, where Karen Elson photographed by Luis Sanchis on the cover, inspired him to become art director.

“Now, 25 years later, it’s an honor to be tasked with helping to carry on that legacy and I hope that somewhere out there someone will be equally captivated by what the whole team will create. , than I was all those years ago,” he said. .

“Plans for the future involve celebrating new talent, as well as some surprises from the past. Magazines still feel like their structure has been predetermined from a bygone era; a rigid front, middle and back. I hope to bring new chaos to the proceedings and allow people to enjoy a looser, freer exploration of what The Face can be,” he added. — TIANWEI ZHANG

CHANEL, SEASON TWO: “Chanel Connects”, the French luxury brand’s podcast, returns for a second episode with a new cast of creatives across film, art, dance, music and more. Carrying the conversation forward from the inaugural series, which focused on “what’s new in arts and culture”, the second season will explore “what happens next” with industry figures such as Maisie Williams, Grimes, Kehinde Wiley, Lil Buck, Honey Dijon, Anicka Yi, G-Dragon and Misan Harriman.

Topics covered in the podcast will vary from “Myth Making” with Harriman and Wiley; “Into the Metaverse” with Williams and Grimes; “The Comedy in Tragedy” with director Emerald Fennell and writer Gillian Flynn, and “Transforming Dance” with Lil Buck and David Hallberg.

For the first time, two of the eight episodes will be in Korean and French to reach a wider audience. All episodes are available on all streaming platforms and on the brand’s own website.

Yana Peel, global head of arts and culture at Chanel, said the series will offer “a rare glimpse into the world’s most creative minds as they celebrate the brave ideas that drive us forward. Their bold voices and ambitions not only define the culture of today, but shape the conversations of tomorrow.

In 2017, the brand ventured into the world of luxury fashion podcasts when it launched 3.55, a fashion-focused series with friends and brand ambassadors from the house, including Keira Knightley, Sofia Coppola and Williams.

In the first episode, “Into the Metaverse,” Williams opens up about the trials and tribulations of stardom, revealing that she knew acting was going to be fulfilling, but “being famous could be really unfulfilling. And I just thought that was it. really important to people, no matter how famous you become, you realize that’s not the best part.

“The big issue is the aspect of mental health in the digital world. We’ve kind of jumped in deep and people haven’t really taken into account how intense it’s going to be on the networks. social and everything,” Grimes adds to Williams’ point.

In another, Fennell, who played Camilla, Duchess of Cornwall in “The Crown,” discusses female violence with Flynn. “We have a huge appetite for cruelty, but this is very different. I would say, and people don’t like to talk about it because it’s disturbing, because we have to be good, because for society to work, we all have to be good mothers, wives, but you know, the truth is that, we are not nice,” she said.

In “The Power of Sound and Vision,” the Korean feature film, musician G-Dragon reflects on creating “a new vision rather than following the trend of the times” with cinematographer “Parasite” Hong Kyung-pyo. — SAMANTHA CONTI

Arnault will step down from his current role as Managing Director of Media Relations, a role he has held since October 2017. He will work alongside Laurence Laure, Partner and Managing Director of the KCD Paris office, to transition the office prior to his departure. retired this fall.

As a partner, Arnault will lead KCD’s Paris office while developing and implementing the agency’s strategic direction and vision alongside President Julie Mannion and KCD’s six global partners in New York, Paris and London.

Laure was hired when KCD was looking to expand into Europe with a Paris office. KCD Paris opened in 1999 and Laure led the financial structure and business development. She also served as a mentor and leader to the Paris team, which grew from three to more than 25 people today.

“Laurence will be sorely missed,” Mannion said. “She is the heart of our Paris office and has been instrumental in its growth and development. We are excited for her next chapter, but she will always remain in the KCD family.

During his 18 years at KCD Paris, Arnault was an integral part of the Paris Media Relations team, which serves as the European hub for the agency. He has led key accounts such as Balmain, Mugler, Gap, Ami, Wooyoungmi and Amazon Fashion, most recently working with Marine Serre, Brunello Cucinelli and Iris van Herpen, as well as on events and initiatives for brands such as Alexander McQueen, Bottega Veneta and Giorgio. Armani. As Managing Director, Arnault was responsible for developing the Paris Media Relations team and developing new business for the Paris office and the KCD Media Relations Group worldwide.

“Alexis provides strategic leadership to agency clients, which has led to KCD’s continued growth in the European market,” Mannion said. “His dedication to the team, which has doubled in size since he started at the agency, is immeasurable and we are proud that he continues to lead the office and the agency from both a client and structure.” — LISA LOCKWOOD

The show will stream on June 16 on Spotify, Apple Music, and wherever podcasts play. Produced by Post Script Media Inc., Hot Buttons will follow in the footsteps of other Post Script podcasts (all with a climate factor), including “Catalyst,” demystifying climate tech with investor Shayle Kann, and “The Big Switch.” detailing a roadmap to net zero buildings.

Scott Clavenna, co-founder and chief executive of Post Script, expressed his enthusiasm for the show. “They have a lot of fun talking to each other and are deep enough in the industry to make every conversation a conversation where I come back surprised and entertained and expect more.”

With all the co-hosts helping to set the stage in the podcast trailer, in a clip released this week, Rachel Kibbe summed up the inherent need to air the hot takes of sustainable fashion: “Fashion is an industry dirty and its environmental impact is no secret. But as the fashion industry takes sustainability into account, it is still churning out more products than ever before. — KALEY ROSHITSH

Kriti Sanon in the Summer Somewhere mini dress goes blue and sleek with the Dior saddle bag; Yeah or Nah?