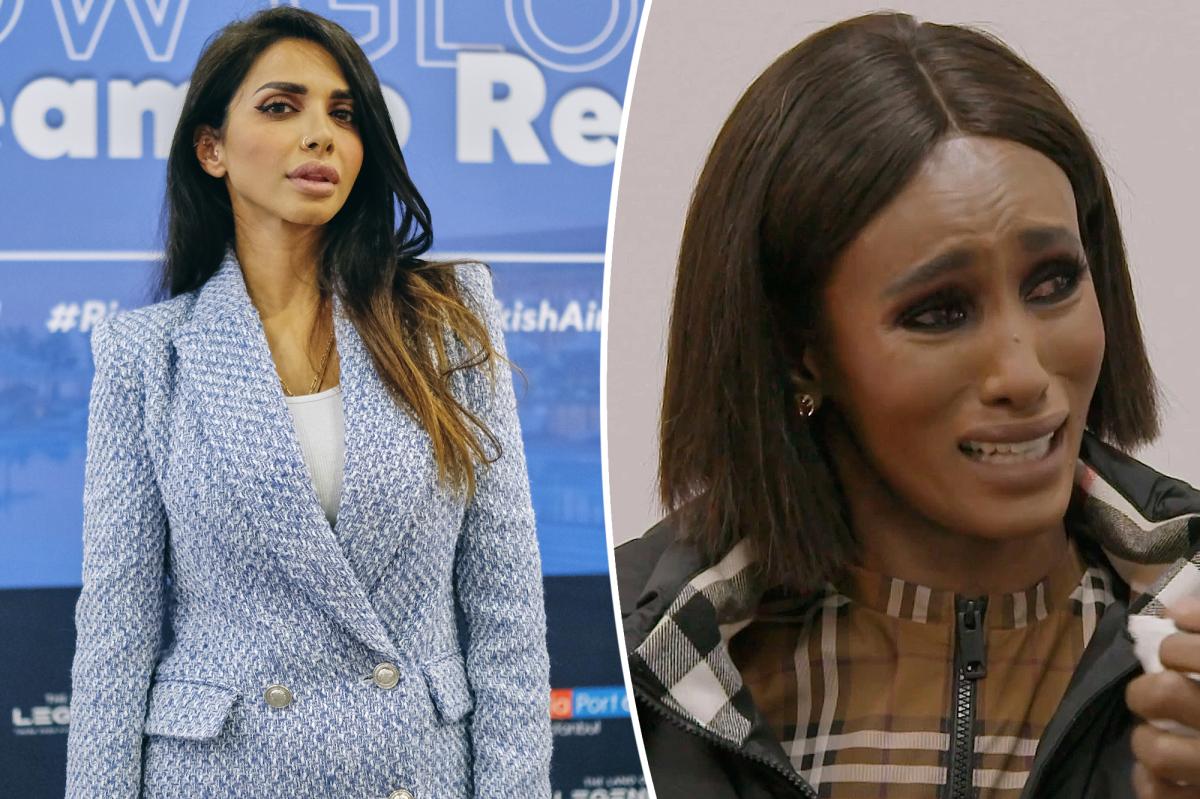 Chanel Ayan’s ‘traumas’ are no ‘excuse’ for ‘bad’ behavior

On Wednesday’s episode of the Bravo series, Ayan – who is of Somali and Ethiopian descent – revealed that she was forced to undergo genital mutilation when she was 5 years old.

She later called Al Madani – who has an honorary doctorate in leadership in business administration and women’s empowerment – “full of herself” after the latter told the premiere: “He’s never too late to be like me.

The remark â€œshockedâ€ the UAE native, who Tells Us Weekly Thursday that his statement was preceded by Ayan’s off-camera compliment to the tone of, “I like the way you talk and I wish I could be like you one day, but it’s too late.”

Al Madani, 36, told the outlet: ‘For her to take this story and victimize herself? I mean, we’ve all been through trauma in life, but that’s no excuse for us to mistreat people or behave in a certain way.

“Because maturity is about figuring out what your problems are, solving them, and helping yourself,” she continued. “It’s not about mistreating people and saying, ‘Hey, I’ve been traumatized. “”

The single mother-of-one added that it felt like she had ‘crossed a river’ for the 44-year-old model, who she said ‘wouldn’t even cross a puddle’ in return.

“For Ayan, I was a shoulder she could cry on, I was the person she called for advice…I did so much for Ayan,” Al Madani said. “I was always by her side and I got her back. So I felt like we were building a friendship.

“And then when I watched the show, I was like, ‘Wait, this is crazy! I’m not a preacher. You call me [for advice]. You have a request, and I provide it to you. Why I don’t recommend Nina [Ali] or Lesa [Milan] on the show? It’s because they never came to me for advice. You did it. [Caroline] Brooks did.