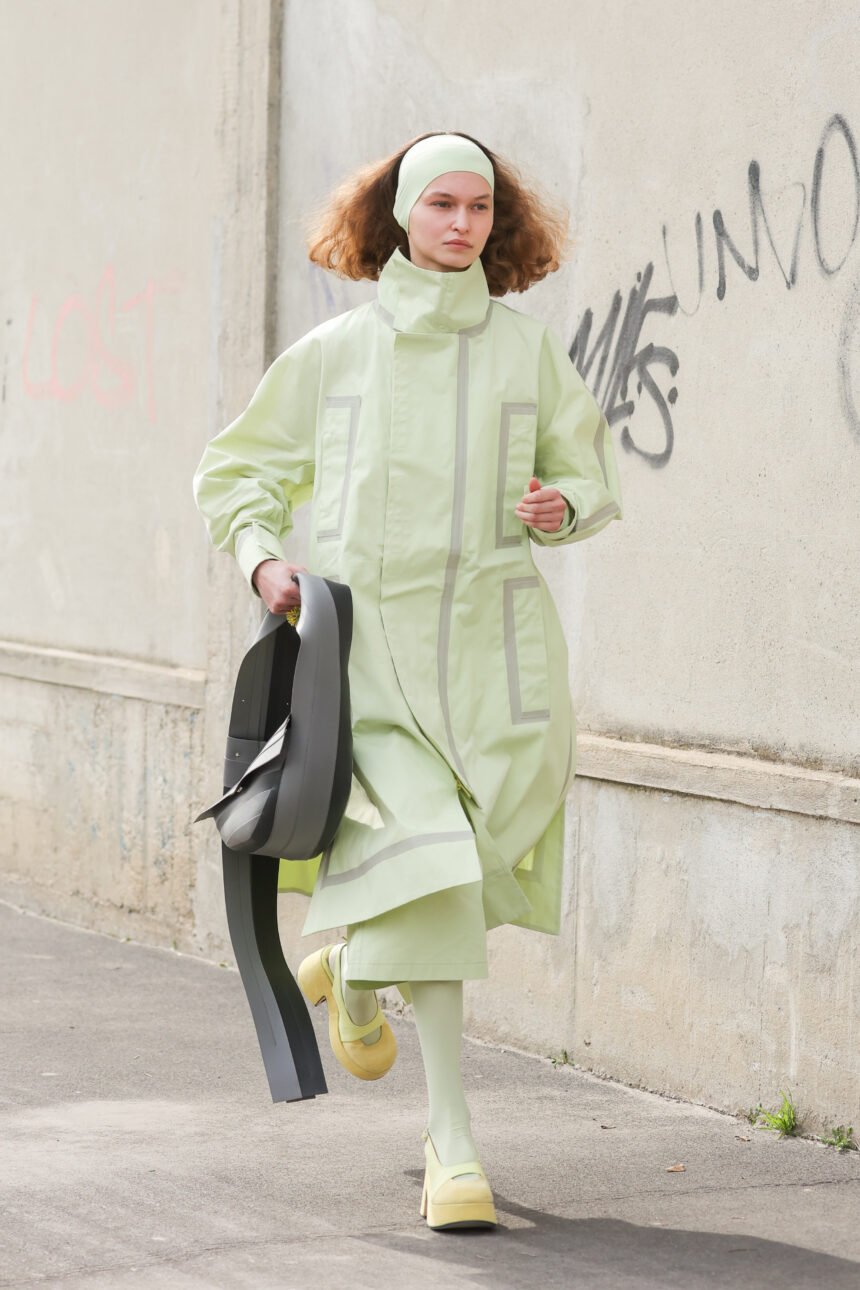 Like London before it, Milan Fashion Week returned with gorgeous in-person shows, plenty of influencers and stars in attendance, and collections that ranged from glamorous to surefire commercial success.

Gucci walked the city for the first time since February 2020, Prada included Kim Kardashian among its guests (a hint of a future collaboration?) and a red-haired Kendall Jenner walked for Bottega Veneta while the new creative director Matthieu Blazy unveiled his vision for the brand.

Giorgio Armani, who had canceled two events in Milan in January due to rising Covid-19 cases, has hosted shows for Emporio Armani and his namesake brand. This final Sunday event was the only major show to pay tribute to Ukraine, with the designer sending models down a silent catwalk as a “show of respect to those involved in the unfolding tragedy”, he explained. on Instagram.

Elsewhere, however, the lack of visible solidarity – or any acknowledgment of the Russian invasion, which began a day after the shows started – was perhaps the biggest flaw of the week. In its joyful bubble, Milan felt a little deaf given the realities unfolding in Eastern Europe.

Below are some other takeaways from the week-long fashion bonanza.

With all the usual stalwarts holding court, including Prada, Fendi, Moschino, Armani, Versace and Dolce & Gabbana, Milan was back with its pre-Covid luster. The ambitious lineup (there were 67 physical shows scheduled) offered a mix of styles, themes, and aesthetics.

Fendi opened the week with a chic display of tweed and chiffon – plus Bella Hadid as the lead and a slew of influencers sitting front row. It was a collection of contrasts and archival references (creative director Kim Jones was inspired by the brand’s Spring-Summer 1986 and Fall-Winter 2000 designs), as well as it-bags to go with the looks.

Contrast was also the watchword at Prada, where Raf Simons and Miuccia Prada skillfully mixed the classics – from white tank tops to bomber jackets – with tailored coats and delicately embroidered skirts.

At Max Mara, the brand’s iconic teddy bear coat has been reimagined in huge skirts, dresses and sweat shorts, then presented alongside long puffer jackets and balaclavas in a kind of street style that meets alpine slopes. It was a versatile and highly portable mix that worked.

The sets were as well thought out as the clothes for many of the shows this season.

Real-life Dolce & Gabbana models walked through a virtual backdrop of neon skyscrapers, scantily-clad digital avatars and D&G graffiti. Diesel had giant blow-up dolls, dressed in the brand’s clothes of course, lined up on a scorching catwalk in provocative poses. Jil Sanders opted for replicas of ancient Greek statues placed at the center of her decor, while Donatella Versace chose a reflective catwalk with movable side panels, creating a play of optical illusions.

And then there was Gucci, who greeted guests in the ultimate trippy setup: a giant room with a black-and-white checkerboard floor and mirrored walls lit with purple lights.

The prize for the most interesting format, however, should probably go to the relatively young Sunnei brand. Abandoning traditional shows, the label staged its show outdoors in the suburbs of Milan, staging what co-founders Simone Rizzo and Loris Messina described as a “performance within performance”. The models came running, not walking, along a wall of an industrial building, while the public – facing them, perched on metal benches – were invited to watch the show in slow motion on their phones .

While the heavyweights didn’t disappoint sartorially, their casting choices did. Yes, there were racially diverse models – no doubt a significant shift from a few seasons prior – but, for the most part, they remained skinny and conventionally attractive.

Brilliant newcomer Marco Rambaldi, in particular, delivered one of the most talked about shows of the week with a daring track that was inclusive, provocative and downright fun. Titled “New Post Romantic Poetics”, it was streamed live on the Maison Valentino Instagram account (as part of a partnership between Valentino and the organizers of Milan Fashion Week) and featured a variety of body types. , flowing clothing and a cast of non-professional models, many of whom identify as LGBTQ.

Design duo Luca Lin and Galib Gassanoff of Act N.1, another brand to watch from Milan’s recent fashion revival, have chosen transgender people, older women and a young mother with her baby among others.

Whether Julia Fox at Diesel, Kim Kardashian at Prada, Julianne Moore at Bottega Veneta or Rihanna at Gucci, celebrities were back at Milan Fashion Week. Some of the events looked more like red carpet award shows than fashion shows, with hordes of people and paparazzi waiting outside each venue to catch a glimpse of the A-list stars.

Gucci did it again

Gucci is no stranger to collaborations, having recently worked with Balenciaga and The North Face. But the partnership she unveiled at “Exquisite Gucci,” the title of her Fall-Winter show, might just be her biggest commercial success yet. In collaboration with Adidas, the label sent models in berets, jackets and giant leather bags emblazoned with mixes of the two brands’ logos, proving just how good creative director Alessandro Michele is at his job: making the label a nod before -cool runner.

Get ready to see these designs on hypebeasts everywhere.

Back to the office

Designers appeared to be embracing the back-to-the-office trend that is gaining traction in some parts of the world, with bespoke suits a recurring sartorial choice at Milan Fashion Week.

Gucci based an entire collection on it, offering a range that included fitted and double-breasted looks, as well as a standout velvet tuxedo with crystal and sequin detailing. Bottega Veneta had a minimal version of the two-piece for men and women, while Versace and Dolce & Gabbana opened their collections with a heavy-shouldered suit. Prada’s structural suit jackets were also great for the money.

In a complete antithesis of suits and pretty dresses, Jeremy Scott’s Moschino delivered the most surreal show of the week – and one of his most campy collections to date. The deliciously wacky range included harp dresses and lampshade headpieces, grandfather clock-inspired dresses and bodycon ensembles emblazoned with phrases like “Maid in Italy” and “Gilt not Guilt.”

The Hadid sisters walked the runway – Gigi (pictured top) closed the show in a dramatic gold dress with a long tulle train and matching gloves with gold leaf wrapped around her arms. But it was Scott himself who made the brightest entrance, as he stepped out to take his leave in a red astronaut suit.